The invention of the Ring Girl is among the greatest creations of the 20th century. I just made that up, but not many boxing fans would argue with that statement.

Ring Girls–with their graceful walks and glowing smiles–make us all wish the break in between rounds was just a little longer than 60 seconds.

Without a doubt, the TR Knockouts are some of the most beautiful Ring Girls in the business.

Round By Round Boxing recently caught up with one of our favorite Knockouts, Rachel McDonough.

McDonough is a model and a professional dancer, but she’s not just a pretty face. She is also a knowledgeable fan of the sweet science!

Read on for our Q&A with TR Knockout, Rachel McDonough.

1. I know you are a full-time model, but how long have you been a Ring Girl and how did you get your start with the TR Knockouts?

I was actually working for Tecate, and that’s when they spotted me. They asked if I would be interested in being a Knockout and I tried it out and I loved it. I have been with them ever since!

2. What is your favorite part of the job?

Getting to travel places all over, as far as China and New York, and being able to watch some of the best fights of the year ringside.

3. Who is your favorite boxer?

Hmm… [Timothy] Bradley is coming up, he’s pretty good. I’m paying extra attention though to the upcoming boxer [Ruslan] Provodnikov, I love how he fights and his technique. His fights are exciting I love watching them. His last fight vs. Alvarado was very good. I’m very excited to see his upcoming fights in the near future.

4. You have worked a lot of exciting fights, what’s the best or most memorable one?

I would have to say the Pacquiao vs. Marquez fight in Las Vegas! Just being inside the ring as they start playing the review for the fight, the lights are going crazy and the fans are screaming. Soaking in all that’s around me is just an amazing experience. I get goosebumps standing right in the center when all of that is going on.

https://www.youtube.com/embed/p0G3d1Apvjs
Rachel and fellow Knockout Erica get down with Nonito Donaire.

5. On to more pressing questions. If you could have one super power, what would it be?

Probably super strength. There is nothing cooler than being able to over power anyone in the world, even the strongest man! Haha.

6. What’s the best piece of advice you’ve ever been given or that you can give someone else?

Never stop pursuing your dreams, because the minute you do, the next person in line will step up and replace you.

7. What’s the most obscene thing a fan has ever yelled out to you at a boxing event?

Oh gosh. I’ve heard lots of things, but one thing that I remember was someone saying for me to start stripping.

8. Where can people check you out? 9. Is there anything else you would like to add?

One love – The Savior, he gets me through it all.

The World Boxing Super Series (WBSS) is a professional boxing tournament organised by Comosa AG. Check out the ring girls from the event. 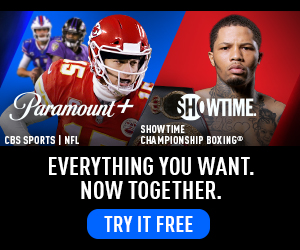